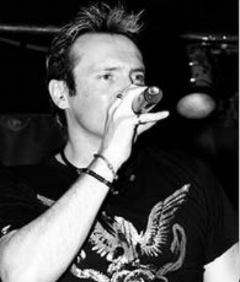 STUART HUNTER IS THE FOUNDER OF THE SINGER’S WORKSHOP AND ITS PRINCIPAL INSTRUCTOR.

Stuart has been onstage in one way or another since he was a child.  In addition to recording an EP of original songs, he has fronted some of Melbourne’s best known cover bands.  He has performed with the likes of Chris Doheny (Geisha and The Footy Show theme) and Andy Grant (Jesus Christ Superstar and Sneak), and has also worked with renowned music producer and sound engineer, Aaron Humphries (Vika and Linda Bull, John Farnham and John Stevens).

With his vivacious personality and can-do attitude, Stuart creates a fun and supportive environment in which his students can feel free to make mistakes, have a laugh, and learn to be the best vocalists they can be.